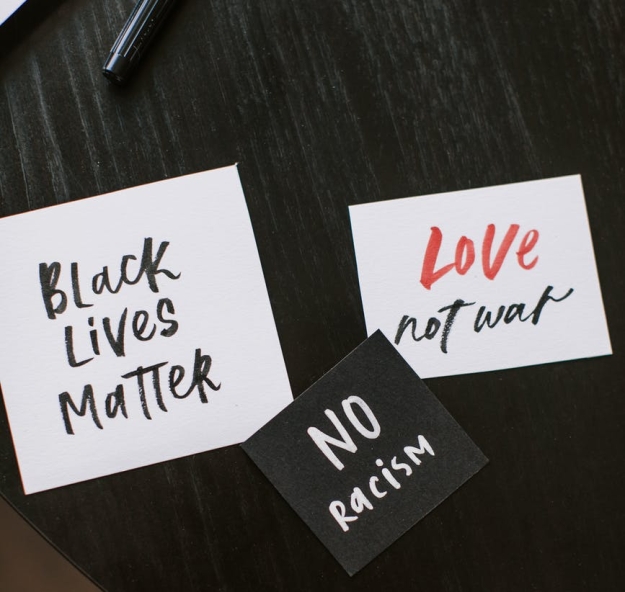 Photo by Vlada Karpovich on Pexels.com

Usually I’m not a breakfast person but I had decided to get up for breakfast that day. I was at a hotel in Cheltenham and was staying there a few days for work. I walked into the restaurant about 7.30am and as expected, it wasn’t busy. I decided I would sit by the window although it seemed like most people in the room had the same thought before me. All the window seats were taken; all except one which was a small table set up for four.

“I’ll have that table please,” I said to the woman who welcomed me as I walked in. Without hesitation she said, “Oh you can’t sit there.” “Why not?” I enquired, looking at the mostly empty restaurant around me. Her response: “It’s a table for four. You’ll have to sit somewhere else – on a table for two.”

I looked around at the variety of different sized, empty tables in the room. I insisted that I’d prefer to sit by the window but my request was met with an unwavering no.

At this point, a couple on a table by the window noticed what was happening and motioned to me. “You can sit here” they said, “We’re leaving.” I smiled and said thank you, walked over to the table and once it had been cleaned, sat down.

Less than ten minutes later, a white man arrived at the restaurant. He looked around and decided he wanted to sit by a window. The same woman who had greeted me said hello to him and asked where he would like to sit. He pointed to the only empty table by the window, the one I had asked for just minutes before – the table for four which supposedly was out of bounds if you were on your own.

I watched as the very same staff member, without a hint of hesitation or a single further question delightfully said “Of course sir,” walked him over to the empty table and sat him down. There was no questioning about whether he had other guests joining him. Not a single one of the excuses that I had received just moments prior came up. Without knowing anything about him, one might assume he was here on business or for work – just as I was. Yet the favour (and respect) that he had been automatically awarded was very different to my experience.

It’s hard to explain a situation like the one I’ve just described without mentioning race. As far as I could see, the only difference between myself and this gentleman was the fact that he was a white male and I am a black female. Yet even while I write this story, I know that there will be some who read it and immediately look for reasons why I, the person who was treated differently, am wrong in my interpretation of the situation.

If this was an isolated incident, I might think nothing of it. The problem is that it isn’t. I cannot tell you the number of times I have walked into situations that left me feeling like a second class citizen. I could tell you about the time I was staying at another place in Kensington, again with work. One of the hotel staff in the lounge seemed curious as to why I was there. Eventually she walked over and asked if I had been waiting a long time to be re-housed.

Her question completely confused me.

A few minutes later I realised she had assumed I was a victim of the Grenfell Tower fire just a few streets away, and had been put up in a hotel while the council sorted my housing. For her, this may have been the only logical explanation for why a young woman who looked like me might be staying in a place like this.

Or maybe I could tell you about the colleague who managed to remember every other person’s name yet constantly used mine interchangeably with the only two other black girls in the room, both of whom neither looked nor sounded anything like me.

I could tell you about walking onto the upper deck of a long-haul flight, being stared at and hearing someone behind me say that I had probably “won” an upgrade, the implication being that I couldn’t possibly afford my own flights. I never heard them make a similar comment about any of the white people on the same flight.

Put all of these incidents together plus the many others that I cannot fit into one article and you begin to see what we as black people deal with on a regular basis. That is, our lived reality.

Living while black is always having to explain yourself when others don’t. It is constantly having to prove your right to belong and knowing that your very presence makes people uncomfortable. It is having people make negative assumptions about you, where you’re from, your level of intelligence or even what you can afford, simply because of the colour of your skin.

You become accustomed to walking into rooms and having to act “less black” so that the people around you feel more comfortable while absolutely no one prioritises your comfort.

It’s not that black people enjoy being victims or playing the race card. The truth is, most of us are just trying to live our lives unbothered but we keep being re-traumatized and reminded of the racism that exists in societies the world over. Discrimination happens to many people of different colours but when you’re black, this experience seems consistent wherever you go on the planet.

In the restaurant that day, there was a rule which seemed to apply to me but not to a white man. There was no remorse or apology from the staff member who decided she would dictate where I could or couldn’t sit. She was shameless about it.

As far as she was concerned, I didn’t deserve an ounce of her respect even though she knew absolutely nothing about me. On the flip side, she chose to be polite and accommodating to a white man, not because of any desirable qualities he had demonstrated – all he did was walk in and be white!

The past few weeks have been a painful reminder of the reality that black people are treated like second class citizens. People, including those in positions of power, are free to make judgements and assumptions about us based purely on the colour of our skin. At the extreme end of the spectrum, we get people like Derek Chauvin, George Floyd’s murderer, who looked directly into a camera and knew there would likely be no consequences for his actions.

An incident like this isn’t disconnected or isolated. We cannot shut our eyes and ears to the reality that it highlights – the mindsets that persist in our society today that got us to the video of Chauvin and Floyd in the first place.

It took riots, prolonged protests, pressure from celebrities, petitions and the rest of the world watching, to get any of the police officers arrested and charged for something we had all clearly seen. Switch their skin colours and there wouldn’t be a need for all that.

Whiteness is championed and protected every day – in corporations, media, government, business, even churches. Racism doesn’t always end in murder but every day black people’s dreams are being killed by the actions, inaction and systems that have continued to oppress for centuries.

I have gone from anger to sadness to bitterness to helplessness to resentment and back to anger again, over the past few weeks. It has been hard to know what to think, say or even pray in this time. I have watched while people who have never experienced racism a day in their lives attempt to dismiss, disparage and detract from the real issues being discussed. I have been frustrated at the reality that change is slow and painful yet we can never stop fighting for it.

Hate is taught. Racism is taught. The idea that because of something none of us has any power to control, the world is divided and unequal – that is the ridiculousness of racism.

We all need to step back and examine where our own prejudices first came from. We need to go back and ask ourselves what we were taught in our homes, in school and in our neighbourhoods because that is where we’re first taught to love, hate or devalue people in our minds because they look different to us.

When we see someone being bullied or disadvantaged, it’s easy to rally around them and say “how can we help?” even when we ourselves are not affected by that issue. Sometimes we are quick to help because it makes us look or feel good about ourselves.

Yet when it comes to racism, we hear silence. Why? It’s uncomfortable, it doesn’t affect us or maybe there is nothing to be gained by speaking up. Because we are so clearly divided by colour, there is an immediate tension that makes rallying around to fight racism seem like an insurmountable task.

But injustice is injustice. Yes, there are many faces to it – it is injustice all the same. I am learning that you either hate it and commit to action or you side with it actively or by indifference. This doesn’t only apply to racism and I am challenging my own prejudices as I write this.

Privilege extends itself to many situations. The family you were born into or what schools you attended may have awarded you with opportunities many others didn’t get. Any one of us could have been born into poverty – if you weren’t, you’re privileged! That doesn’t make you better than someone who didn’t get the same chances in life as you. What it does is it puts you in a position to use your privilege positively.

So instead of saying to a person in poverty: “It’s not my fault I inherited wealth” or “Stop attacking me for having what I have,” you could choose to give them more of a voice by helping to lift them out of poverty in whatever way you can.

Privilege extends itself to race too. That doesn’t make the people who don’t experience racism bad, it simply puts them in a position to speak up for others who are disadvantaged by not having that privilege. The oppressed usually don’t have a voice or the means to stop their own oppression; it’s not impossible, but it is a more difficult road when people outside of those limitations don’t use their power – not because they are better, but because they are in a position to do so.

I believe that if we begin to think this way, racism becomes more of a human problem than a black versus white problem.

“Every voice raised against racism chips away at its power. We can’t afford to stay silent.” – Reni Eddo-Lodge, Why I’m No Longer Talking to White People About Race.

“Racism cannot be fixed with legislation, it is a posture of the human heart. It is a conscious or unconscious feeling of superiority of one race towards another” – Pastor Dharius Daniels.

“The greatest trick the devil ever played is to convince you he doesn’t exist” – Replace “the devil” with racism.

1 thought on “Are We All Guilty When It Comes To Injustice?”

Copyright © 2020 The Master’s Pieces. Unauthorized use and/or duplication of this material without express and written permission from the site’s author and/or owner is strictly prohibited.